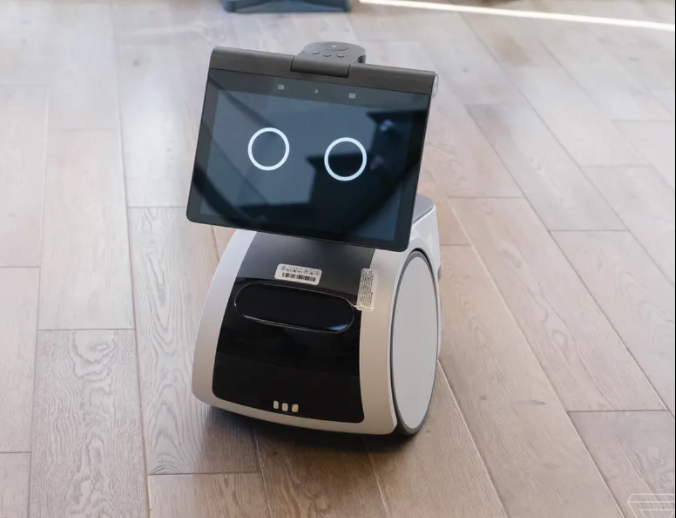 In the fall of 1962, TV-watching audiences were invited to meet the Jetsons, a space-dwelling, flying-car-driving family from the future and their dog, Astro. Today, Amazon wants you to meet a different Astro, one that’s not quite as fantastical or futuristic as the Jetsons, but actually available in our present.

Amazon’s Astro is not a dog; instead, it’s the company’s long-rumored home assistant robot. Though Amazon denies taking inspiration for the name from The Jetsons, it was hard to ignore the resemblance to a faithful pet when I got to see the Astro in action last week.

The Astro, which will initially cost $999.99 and available as a Day 1 Edition product that you can request an invite for the privilege of buying, is Amazon’s most ambitious in-home product yet. Amazon sees it as bringing together many different parts of the company — robotics, AI, home monitoring, cloud services — all into one device. Best described as the love child between a Roomba and an Echo Show smart display, the Astro is meant to be the next step in what Amazons believes to be the seemingly inevitable home robot.

Amazon claims the Astro can do a wide variety of things you might want from a home robot. It can map out your floor plan and obey commands to go to a specific room. It can recognize faces and deliver items to a specific person. It can play music and show you the weather and answer questions like any Echo smart display. It can be used for video calls, always keeping you in frame by literally following your movements. It can roam around your house when you aren’t home, making sure everything is okay. It can raise its periscope camera to show you whether you’ve turned the stove off. It can use third-party accessories to record data like blood pressure.

But as ambitious as the Astro is, it still is very much a first cut at what a home assistant robot could be. It doesn’t have any arms or appendages; it can’t clean your floors; it can’t climb stairs; it can’t go outside of your home; and it probably can’t do a zillion other things I’m not thinking of at the moment. That’s part of the reason why Amazon is limiting its availability at launch — even after years of development, it still has a lot to figure out.

Microsoft opens its Windows store up to third-party app stores